Thinning shears make a great addition to grooming kits alongside straight blade grooming scissors, both for the working professional or the home groomer. They resemble human thinning scissors and hold two blades with teeth that only cut where they themselves meet, allowing for a much sparser groom. I find this really helps me to blend the coat in places where I would otherwise have obvious thickness differences. It also helps me to remove matted hair without large patches of skin showing, and gauge how much hair I want to take off the face a little at a time. Here are some of the more popular scissors available online at ﻿Amazon.co.uk and a little review of how I got on with them. 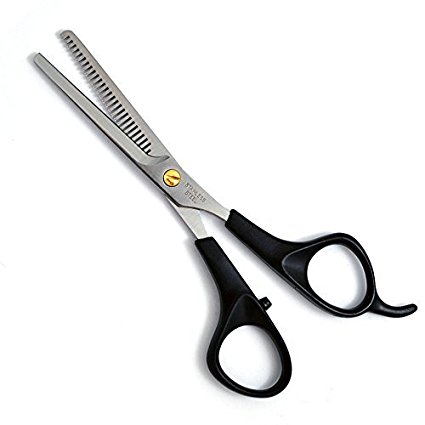 P﻿﻿﻿et ﻿Magasin ﻿Pet ﻿﻿Thinning ﻿﻿Shears retail at just under £8 and are aimed at the professional groomer, however for the price I felt the scissors represented more than just good value for money. They also come with a two-year warranty and are made of pre-sharpened Japanese surgical steel, this meant that they were incredibly sharp. Having comfortable moulded handles and the option to tighten the hinge meant that I could adjust them to suit my own preferences, which made them feel safer.

I had no issues with these scissors at all, but it’s imperative that you have confidence when cutting and that your dog stands still. These scissors could really hurt both you and your pet, so just be safe and cautious. Overall they were extremely effective, cutting hair easily without the need to re-cut the same spot over and over again which saved both time and stress. 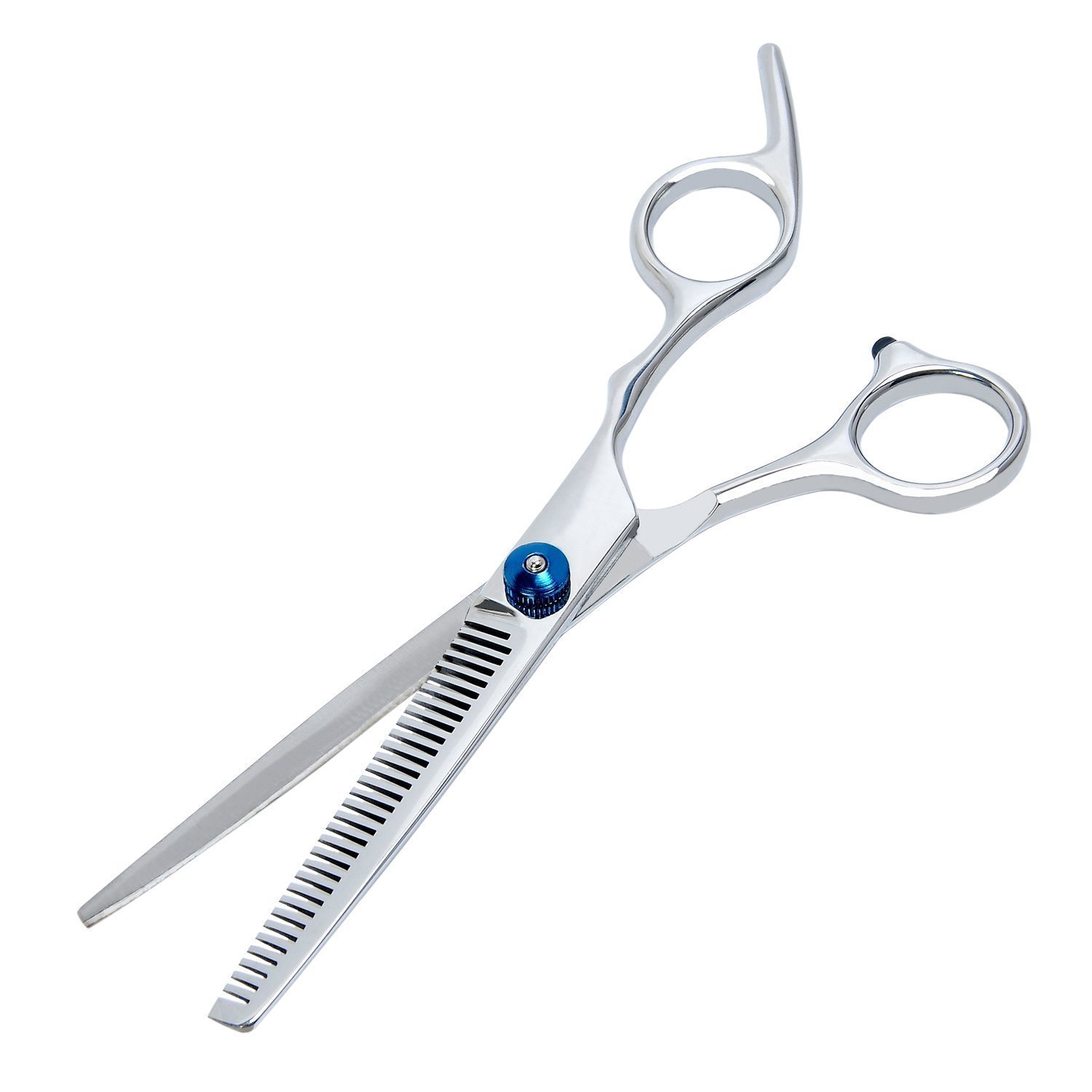 These ﻿thinning scissors from ﻿Aussel performed very similarly to the Pet Magasin, with the one major difference being the look. They are made of electroplated steel, which prevents them from rusting and gives them a really nice colourful appearance. They’re still very reasonably priced at £8.99 and come with option to upgrade to a dog grooming kit for £24.99. The kit itself includes three sets of scissors and a comb for a complete tool set.

These scissors were really well sharpened with the teeth spaced half a centimetre apart. This gave a clean but sparse cut that allowed me to gradually thin hair to suit my own needs, meaning that blending was really easy with the end result looking nice and natural. Just be aware that just like the Magasin thinning shears these are dangerous if not handled properly and should only be used by an adult. 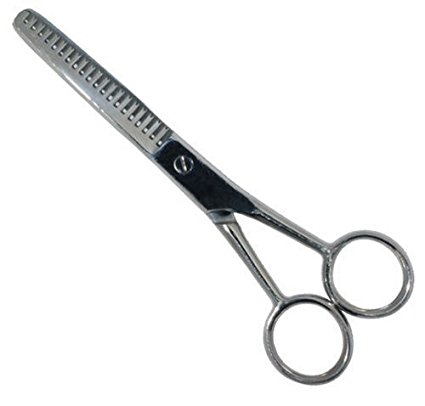 At £3.99 these were the cheapest scissors of the bunch. Unfortunately this showed in the quality of the blades and construction of the scissors. Unlike the other models they didn’t have a finger rest and so weren’t as comfortable to use, and they were really stiff. The blades were still sharp and they did cut, but it took a lot longer and multiple passes to get the desired effect. Overall I think it’s worth investing a little more to get a quality blade, not only will you save yourself from having to sharpen them, you’ll also speed up your grooming time which can only be a good thing.

Having a range of dog-grooming scissors can be a cost effective way of keeping your pet trim and tidy. Firstly you’ll be saving money on different blades, extra batteries and lubricant, however it does mean that grooming will take longer. The best thing to do is invest in a kit that includes a comb, thinning scissors and straight-blade scissors. Alongside a portable electric clipper you’ll have the perfect set-up to suit your dogs needs regardless of whether you’re at home or on the road. 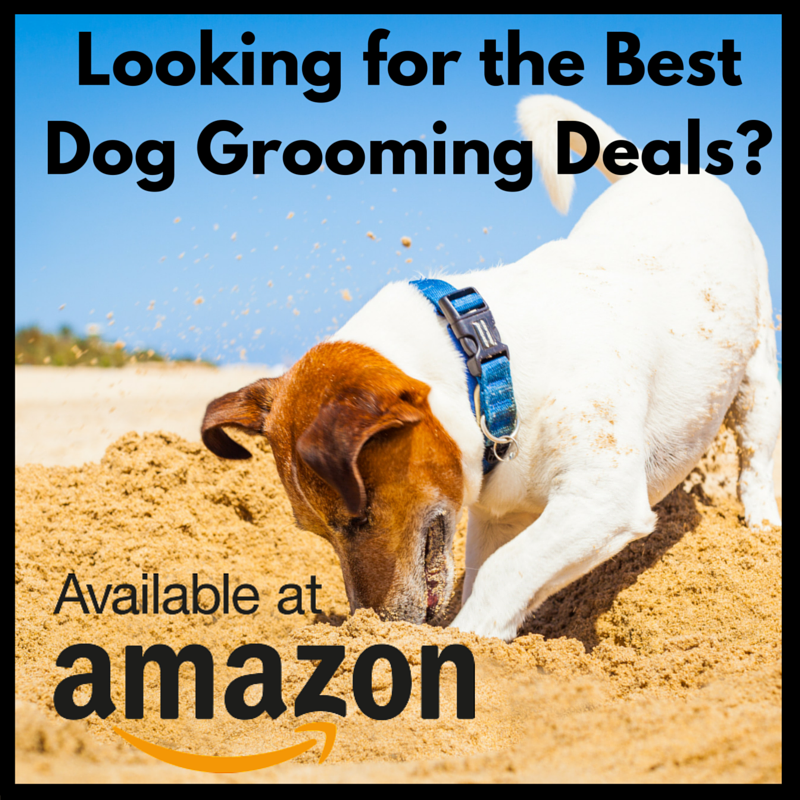